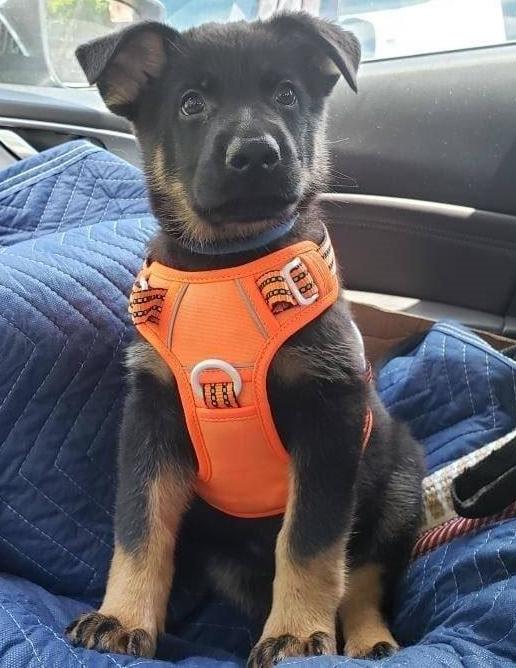 Our “W” Litter has been bred!

Pups are expected the first week of March 2022

This is a VERY Special Litter! The sire is my stud dog in Germany “SG- Ike vom Haus Schair IPO2 Kkla” and the dam is the imported female “Giga vom Schlossee IPO1 BH AD A.

I expect this to be a strong breeding with High drives and strong temperament. It is Line bred on Asko v d Lutter! 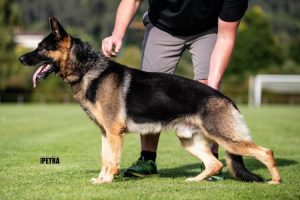 Ike’s Sire is the WUSV Universal Sieger Satoris Raiko IPO3 SchH3 Kkla. This amazingly versatile dog was in NINE Separate World Championships!
He was first place in 2014 at the WUSV Universal in Slovakia. On the same day Ike’s mother Gipsy was Fifth!
He is a 2x’s Hungarian IPO3 Champion with many 2 nd and 3 rd place finishes as well.
The amazing part is that he was handled in these events by both the husband and wife in separate events!
Satoris Raiko is a product of his breeding. His grandfathers are Kimbo vom Kathago IPO3 SDchH3 FH2 Kkla and Ellute v d Mohnwiese SchH3 FH1 Kkla!

Ikes Dam is the Universal Siegeren Gipsy vom Rosenschlag IPO3 Kkla. Gipsy is now 12 years old and still going strong. She lives in my house and is a renowned producer.
She is a hard female but gentle with family and strangers unless occasion arises to protect.
She is the 2014 GSDCA Universal Siegeren. We travelled the world together competing successfully and she is a perfect dog.
Her highest IPO3 score was 97/96/99-292 points.
Her career is exemplary:
2014 - 5th place in the WUSV World Universal Championship
2015 - 4th place in the GSDCA Nationals- 1 st dog to score 100 pts. in tracking in the GSDCA Championships
2015 - 8th in the USCA Combined Qualifier
2015 - WUSV Team member alternate (I was in the hospital and we could not attend)
2016 - 2nd place GSDCA Nationals with 96/96/97
2016 - USCA WUSV Qualifier Competitor
2016 - 8th place in the RSV2000 World Championship 100/95/93

Ike is a powerhouse and is quickly becoming a legend in Southern Germany. He is competing with Rienk Heersma at present. Look for him to be in the biggest trials in 2022. 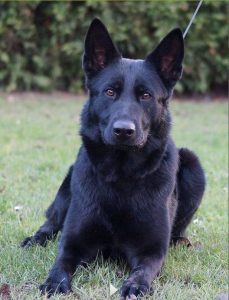 Giga is a beautiful High Drive female, her personality is sweet, friendly and outgoing.

She was by bred the kennel vom Schlossee (same as Cliff) and she was trained and tiled by the famous Tanja Scholl.
Her recent IPO 1 scores attest to this 99-96-97!
Giga's sire is the popular Maddox von Pentavita IPO3 KKla for life, still in Germany. He is a son of Arek v.
Pentavita going over Leon and the famous foundation dog WUSV World Champion Asko v d Lutter SchH3 FH1 Kkla .
He is a richly pigmented Bi-Color male with a black mask.
His Dam is Wackie v. h. Pixner IPO2 Kkla. She is a daughter of Dusty vom Baumgarten SchH3 FH1 Kkla.
For those of you who follow my dogs Dusty is the same father to my Universal Siegeren Gipsy vom Rosenschlag IPO3 Kkla and a grandson of WUSV World Champion Asko v d Lutter!
Maddox’s score are fantastic in all three acumens of the sport.
IPO1-99/93/92
IPO2-97/96/96
IPO3-95/96/95/95

This pedigree is perfect for producing High Caliber German Shepherds capable of any task.

-DO NOT MISS OUT-

We are now accepting deposits for this amazing litter.